Couples have been mercilessly fighting over pets in courts for decades. In recent years, California lawmakers have made some major changes to how animals are shared and divided between divorcing couples. While following along below, keep in mind that the California laws that have been passed are not obligatory, meaning judges still have the authority to call these cases as they see fit.

At the start of 2019 California legal experts had to begin adjusting the way they handled pets and divorce in court due to a newly passed law. In late 2018 NBC reported on the new law saying, “The measure provides judges with the power to consider what’s in the best interests of the animal in divorce cases, instead of treating them the way they’ve been treated by courts in the past — as physical property.”

This means judges should consider what’s in the best interests of the animal, very similarly to how child custody cases are resolved in court. It’s up to judicial discretion to create a shared custody agreement by taking into consideration factors like who walks, feeds and plays with the pet when deciding who the animal should live with and when.

As of present emotional support animals don’t qualify as service animals in the legal system and are not protected under the Americans with Disabilities Act. Also, under the ADA only dogs can legally be considered service animals, with a rare exception only for miniature horses.

In a California divorce case service animals will go on to continue living with the individual that the animal was initially placed with for medical reasons. However, since ‘emotional support’ animals are not typically recognized as legitimate by the courts, each individual judge will have to establish custody agreements based on their personal discretion which can vary case to case.

If you or someone you know is going through divorce with pets call on the local pros of Orange County Family Law Richard E. Young & Associates for help. We are the easiest law firm to work with in the county and have an A+ rating among our local community. Our team specializes in divorce and family law including custody, trusts, visitation, domestic violence, bankruptcy and much more!

The Benefits of Hiring a Divorce Lawyer

Filing for a divorce is never what you expect when you take that walk down the aisle into forever with the “love of your life.” Unfortunately, it happens more often than not. If you find yourself in the midst of this unexpected situation, it’s best to hire a trained and experienced professional. In your time of need, a divorce lawyer will have your best interest in mind. Below are just a few more examples of why it’s best to hire a divorce lawyer to handle your case. 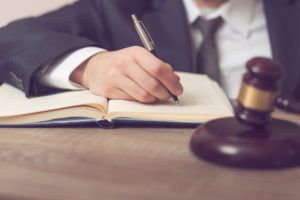 Even in the friendliest of divorce cases, things may take a turn for the worst. It’s not wise to try and take care of things on your own. A qualified and educated lawyer will help you understand the ins and outs of the legal system. They will see to it that you get what is owed to you and ensure that the divorce is handled legally and as quickly as possible.

It is a well-known fact that divorces can become heated; tears may flow and voices may be raised. As a result, your attorney will keep a calm and objective head when advising you of the proper procedures and best options made available for you. They will also advise you as to whether or not they feel your demands are actually reasonable.

If your case should go to court, your lawyer will examine all the facts and inform you of your best possible options. They’ll also assist you in the process of creating a legal and acceptable settlement 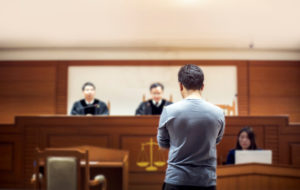 proposal so you can finally cast your worries aside. Failing to obtain a trusted attorney could result in more stress and delays in the long run. The right professional will also counsel you on whether or not you should settle with your soon to be ex-spouse or make a counteroffer. 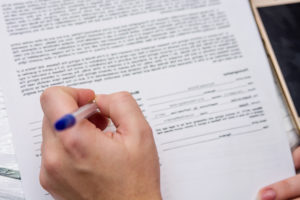 During your divorce process, there will be mountains of paperwork coming your way. The average Joe may feel overwhelmed with all of these forms and fine print. It’s a legal expert’s job to help you make sense of it all so you can feel great about the journey ahead. They’ll go through all the hard stuff and let you know where to sign. In addition, if the forms need any amending, they’ll take care of it so you can rest easy.

No one plans on getting divorced. But, if it happens to you, it’s best to be prepared. Give yourself a fighting chance by hiring a top-notch divorce attorney. Not only will they keep it as quick and painless as possible, but you can have peace of mind knowing that they’ll do all they can to get you the results you deserve!

Theme by Anders Noren — Up ↑